Patients suffering from rheumatoid arthritis, or RA for short, are at higher risk for heart disease. Among experts that’s a matter of common knowledge (fortunately and increasingly that is basic knowledge among patients, too!). 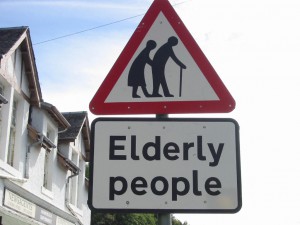 On a less positive note, commonly used heart disease risk assessment tools seem to be inadequate for estimating the risk of cardiovascular disease danger faced by RA patients. That is what a brand-new study found.

In this blog article I summarise the main results of the research done at Mayo Clinic in Rochester, Minnesota (USA). The study is entitled Usefulness of Risk Scores to Estimate the Risk of Cardiovascular Disease in Patients With Rheumatoid Arthritis, and it has been published online on 20th April 2012 in The American Journal of Cardiology.

The study estimated the accuracy of the Framingham and Reynolds risk scores, two tools commonly used by physicians for assessing patients’ heart disease danger. The scientists found that these two assessment tools substantially underrated cardiovascular disease danger both in women and men suffering from rheumatoid arthritis. In particular, that happens in older patients. Interestingly enough, it also happens in people who test positive for rheumatoid factors.

Regarding the elevated risk of heart disease, it is inflammation being in the centre stage, playing a key role in putting RA patients in greater jeopardy for heart disease. Unfortunately, commonly used cardiovascular disease risk assessment methods do not factor it in, the Mayo Clinic rheumatologists Cynthia S. Crowson, Eric L. Matteson, Veronique L. Roger, Terry M. Therneau, and Sherine E. Gabriel described in the paper. They state that more work is needed to figure out what drives both inflammation and heart disease in rheumatoid arthritis patients. “We need more accurate tools to assess that cardiovascular risk,” they sum their results up.

To call to mind: In RA, the immune system attacks tissues, causing inflammation of the joints. But it can also affect other parts of the body. It is an accepted fact that rheumatoid arthritis patients have a higher risk of early death compared to the general population. Previous research suggests that cardiovascular disease, or CV disease for short, is the main reason.

Among those individuals studied were 525 patients over 30 years who were diagnosed with RA between 1988 and 2007. All patients fulfilled the 1987 ACR criteria for rheumatoid arthritis, and neither of them had a previous history of heart disease events.

Rheumatoid arthritis patients are at higher risk for heart disease, and conventional predictors of risk are not adequate for estimating this risk.”
Eric Matteson, M.D., chairman of Mayo Clinic’s rheumatology division.

For their study the researchers evaluated medical records from the National Institutes of Health-funded Rochester Epidemiology Project in the USA, whose resources make Olmsted County, Minnesota, one of the few places in the world where researchers can examine medical data on virtually everyone in a defined geographic population to find the true frequency of certain conditions and the success of treatments. The patients’ 10-year risk of developing cardiovascular disease was measured using the mentioned Framingham and Reynolds risk scores, and the mean follow-up period was 8.4 years.

Rheumatoid arthritis patients are at higher risk for heart disease

During that time, 84 patients developed cardiovascular disease. The observed heart disease risk turned out to be twice as high among women and 65 percent higher in men than the Framingham risk score predicted. And the Reynolds tool had similar shortcomings, the researchers found. Patients aged 75 and older proved to be three times more at risk than the Framingham score indicated. Notably, patients with positive rheumatoid factor also had more heart disease events than the risk scores predicted.

“This study emphasizes that patients with rheumatoid arthritis are at higher risk for heart disease, and that conventional predictors of risk are not adequate for estimating this risk,” co-author Eric Matteson, M.D., chairman of Mayo Clinic’s rheumatology division, was cited in the corresponding Mayo Clinic news release. “Physicians caring for patients with rheumatoid arthritis should be aware of this heightened risk even when conventional risk factors seem to indicate no increased risk, and consider measures to assess and lower cardiovascular risk in these patients.”

The picture Warning sign. Elderly people crossing. is a stock foto from stock.xchng by Robby Ribeiro.